I began with the image of an electron waveform, which I took in to Photoshop and then I began to play. This led to a beginning composition and structure, which I then revised about a million times to end up where it is today.

When I was first thinking about electricity, I immediately went to the very foundation of it, the physics, as being the most astonishing story to tell, along with our amazing ability to harness and utilize it for energy. For imagery, I started with the basic waveform of the electron, and then I knew the parts of the overall story I wanted to highlight: Generation, which is largely done by hydroelectric methods; transmission, which is over high voltage lines to the city; and then distribution, the city grid that gets power to each and every spot in the city. All of this seems miraculous to me.

The title, ‘Current/Potential’, has a double meaning: I saw, and with this installation, honor, the commitment made by Seattle City Light to keep their employees current and maximize their potential. 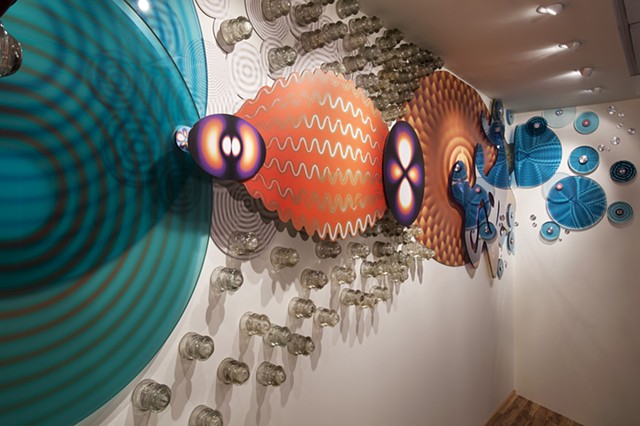 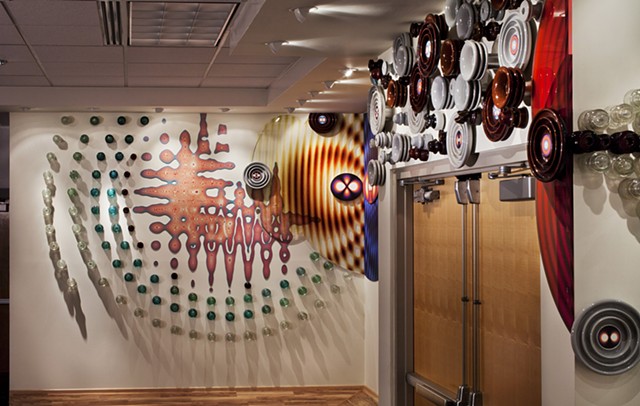